I’m over here trying to build something and it’s really easy to talk myself out of it, until  I reach back into my memories like I’m reaching into a bag of peanut M&Ms. There, in my mind, is a sweet crunchy reminder of a visit to Mother Teresa’s house. Yes, the Mother Teresa. And, also this quote. That and this remind me to keep going.

“Mother Teresa didn’t walk around complaining about her thighs — she had shit to do.”

Of all the people who were trying to build something out of nothing Mother Teresa definitely had things beyond herself to run toward. But I learned something shocking while in her house.

I stood where she loved and served others, where people would seek out her advice and wisdom and where her body rests. I stood in a calm quiet so unique in the city of Kolkata. Blue cotton curtains danced on the June breeze and the words of her story floated into my heart with just enough familiarity to be shocking. Shocking, because how could Mother Teresa and I have anything in common (anything other than: we share the same name.)

I read about her story to serve the poor with no money, no resources and no infrastructure. She only had a calling from God.

When you consider the intense motivation of a calling from the same voice who spoke out into the nothingness, “Let there be light,” and then there was light. When that same voice calls you forward, you go. So, she moved without anything, to build a great something, and left a legacy.

You and I are not unlike Mother Teresa. I totally believe that God created each of us to leave a unique mark on this world. To build something from nothing. And guess what else? It’s not going to be easy. Your calling to go requires extreme tenacity, and it may require you to stay. Sometimes staying is boring and lonely; the hardest part.

Photo by Josh Sorenson from Pexels

How exciting and thrilling is it to need a passport then board a 16 hour flight? There you are just skipping over continents like a kid dancing from one puddle to the next. That’s the stuff people tell stories about at dinner parties.

They went somewhere in Asia and said it was a nine hour drive from the airport mostly on dirt roads. They had no access to Amazon Prime. They went to serve, because that was their family’s vision. Their team mission. They lived in a hut with a dirt floor and didn’t drink coffee for a year. They fed their kids rice mixed with whatever veg they could forage, and bathed them in the same basin the village goats drank from.

That’s the kind of “answering a calling” and “building something” people talk about between passing the butter and salting their steamed broccoli.

Back at the Mother House, I stood in the museum dedicated to her life and that’s where my heart and soul felt in awe of how familiar Mother Teresa’s life was/is.  That’s the shocking part. How can someone so brave and loving be so understood?

The words I read talked about her feelings; how she felt after laying the foundation she was called to build. And here’s the shocking thing about all of it…

Not for a short while until her popularity increased, or funding came through, or a quota of people were fed and healed.  She felt alone for nearly half a century. 50 years of loving, serving, feeding, mentoring and leading people while feeling alone and depressed.

But she never gave up. She didn’t quit. She remembered the moment when God clearly told her to go. And then it turned into stay. So she did. She stayed through the hard and lonely season of building something great. Something noble. 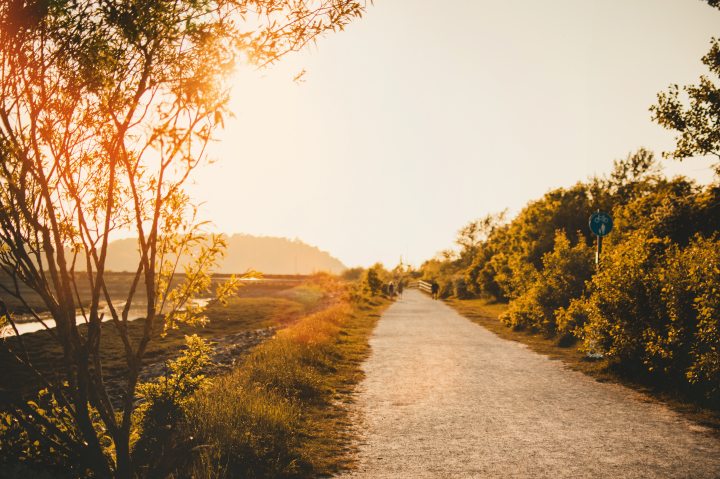 Photo by Lisa Fotios from Pexels

Hey there, you! Called to stay or go. You. Called to build something with nothing. Called to do the very thing only you were created to do. Listen. Listen to the same voice that spoke it all into existence. Whether you’re at home with your little babies, you are on a great mission. Whether you are going to pack your family up and leave the suburbs for a row house in a zip code you only read about in the news. Whether you decide you’re not going to date anymore and live a life dedicated to serving a hidden people group, because you’re called to. Go and stay. Build a foundation.

A note for you, Mama, at home raising your babies. You’re on an adventure to build a foundation too. You might not need to bathe your kids in a water basin used for the village goat, but let’s face it, bathing your kids is a labor of love regardless of the location.  And although sometimes you crave nothing more than to quiet time alone, yet struggle with feeling lonely daily. You are never alone.

You’re seen and heard by the Creator of the Universe…a loving Father who called you from the beginning to love Him and then to love others. Find others, then love them. That’s how you and Mother Teresa are alike. She loved the people she was called to love. She didn’t do it for the feelings, she did it because of the calling.

I don’t know if she complained about her thighs or other stuff. What I do know is she got shit done.

Don’t get hung up on the stuff complaints are built on, you’ve got shit to do.

Love you more than candy,